Man-made global warming is not a hypothesis for the future, but a phenomenon already underway. The Earth’s temperature has risen by more than a degree Celsius in the last century – 2018 was the fourth warmest year in global history, and the first warmest year in Italy, France and Switzerland. The permanent terrestrial ice decreases by about 400 billion tons a year, and the sea level rises by 3.4 millimeters a year.

The first scientist to identify the role of hard coal combustion in the global temperature was the Swedish Nobel Prize winner Svante Arrhenius, a distinguished chemist who already in 1896 published what was then only a mathematical theory. Many other scientists later confirmed it: in 1938, Guy Callendar proved there was a warming trend, in 1958 Charles Keeling began systematic measurements of atmospheric CO2 in Mauna Loa, Hawaii. In 1967, Syukuro Manabe developed the first mathematical model of the anthropogenic greenhouse effect. In 1979, Jules Charney coordinated the first report of the United States Academy of Sciences on the risks of global warming, and so on until 1998 when the IPCC, the Intergovernmental Panel on Climate Change of the United Nations, was founded: it is now the most authoritative group of scientists who warn us about climate change.

In 1992, the United Nations Framework Convention on Climate Change (UNFCCC) has been signed in Rio de Janeiro by almost all countries. The UNFCCC then gave rise to the Kyoto Protocol (1997) and the Paris Agreement (2015) to reduce climate-changing emissions. Yet the efforts of politics in the last 20 years have not been sufficient, and greenhouse gas emissions have grown to currently reach a CO2 concentration of about 410 parts per million, the highest value in the last three million years, known through the core sampling of Antarctic ice and marine sediments.

These are not just numbers but changes that already affect human life today and that will have an ever-increasing impact on billions of people – especially those living in the poorest areas of the world – by damaging food production and threatening species of vital importance, causing more frequent and intense extreme events, and promoting the instability of the already fragile social systems and the migration of peoples in a planet that will accommodate almost 10 billion people by mid-century.

Droughts, forest fires, heat waves, floods and accelerated melting of glaciers have been recorded all over the world with frequencies that are no longer part of the normal climatic variability of the past.

If we do nothing now to limit the temperature increase below 2°C by the end of the century, warming may exceed 5°C, with very serious consequences for the environment. The Earth and its biosphere will certainly not die. It will suffer, change, evolve, but it will not disappear. What could disappear, however, might be the optimal conditions for human life, which could also be swept away by the sixth mass extinction.

We live in a crucial moment in the history of humanity – the Anthropocene – in which the awareness of the populations, the position of governments, the technological revolution of renewable energies and the ethical choice of more moderate consumption represent the only possibility to reverse a race that takes us towards hostile times. As the IPCC stresses, “unprecedented measures” are needed as soon as possible. 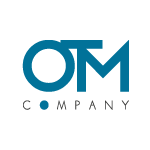 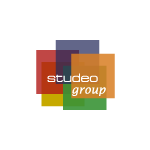 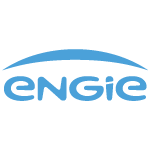 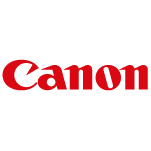